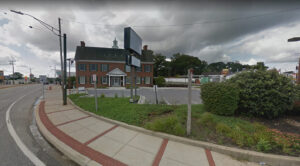 Great news from Councilman Marks today. He has stated that he will be downzoning the property at Loch Raven and Joppa to exclude automotive and drive through uses. This will, if successful bring to a conclusion the multi-year legal battle between our dedicated community members and an out of town developer. This corner is the entrance to our community and deserves better.  Full text of Councilman Marks’s statement below.

“I will be recommending that the County Council downzone the site of the proposed Valvoline at Joppa Road and Loch Raven Boulevard.

I have communicated to the developer’s attorney that I will support a rezoning that does not permit automotive uses, fast food, or similar activities, likely either BLR or an office zone.

The redevelopment of the Joppa Road corridor at Loch Raven Boulevard is a major priority for me; it’s why I appointed a task force to look at options for this area.

I believe this corner needs a special zoning that is sensitive to surrounding neighborhoods. In 2016, I blocked a gasoline station from being built at the southeastern corner for the very same reason, and a bookstore subsequently relocated to that building. Hopefully we can repurpose the First Mariner Bank as part of a dynamic and improving community.”